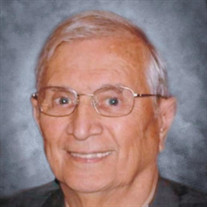 Albert Francis Lemmert, age 90 of Cleveland, TN went to be with the Lord Jesus Christ, peacefully at Hospice of Chattanooga, early morning, December 16, 2021. “Al” was born July 07, 1931, in Mount Savage, Maryland, the son of the late Charles Lemmert and Minnie Mae Beal. He was one of eight children, most of whom have proceeded him in death. Al was raised in a Christian home with good morals and family values instilled in him. As a young man he worked for an uncle on Amish dairy farms and later at the Hershey Candy Company, Hershey PA. He graduated high school and moved with his brother Bob to Pontiac, Michigan for employment, where he furthered his education. He soon started work at General Motors in skilled trades, keeping the truck production line at General Motors Truck and Bus operating. Al proudly served our country in the United States Army, 101st Airborne Division, stationed in Germany, during the Korean conflict. Albert is survived by one sister, Gynne and her husband, Clyde Weimer, of Geneva, OH; his children, sons Ronald Lemmert of Attica, MI, Rocky Lemmert, and daughter Stacy Lemmert of Tucson, AZ, and Kim Lemmert Robbins of Waterford, MI; her granddaughter Brittany Robbins, and two great-grandsons. He is further survived by his grandson Aaron Lemmert, son of Ron and Brenda, Aaron’s wife Melissa and two great granddaughters, McKayla and Aly of Armada, MI. Albert Lemmert and Gail Clark Parris were married on July 21, 1979. Gail‘s two teenagers became Al’s children as well. He is also survived by his wife Gail, his stepson, Dr. Randall Parris, and his wife Rhonda Atkinson Parris, of Cleveland, and their children, Clay Parris, and his wife Stacy of Huntsville, AL, and Alysse Parris, of Chattanooga, TN. Al is also survived by his grandsons, Cole Henderson, Conner Henderson and his wife Katherine, both of Chattanooga, Chase Henderson, his wife Rebeca, of Parker CO, and Al’s son-in-law, Tim Henderson of Cleveland. He was proceeded in death by his parents, six siblings, his stepdaughter Renee Parris Henderson, and his daughter-in-law Brenda Lemmert, who have already gone to be with the Lord. “Papa Al” was adored by his family and will be missed every day, but his welcome in heaven is a joyful one. The Remembrance of Life Service will be conducted on Monday, December 20, 2021 at 11 A. M. at the Jim Rush Funeral and Cremation Services North Ocoee Chapel with Dr. Randall Parris officiating. Graveside Services and Interment will be conducted at the Chattanooga National Cemetery and will be held Private for the family with Reverend Ken Shelton officiating. Aaron Lemmert, Cole Henderson, Conner Henderson, Clay Parris, Tim Henderson, Walt West, Daniel Bowls and Bob Taylor serving as casket bearers. Honorary casket bearers will be Ron Lemmert, Rocky Lemmert, Chase Henderson, Ken Coleman, Sam Childers, Jimmy Kennell, Ken Kennell and Bill White. Military honors will be given. The family will receive friends from 2 until 5 P. M. Sunday and from 10 until 11 A. M. Monday at the Jim Rush Funeral and Cremation Services North Ocoee Chapel who has charge of the arrangements. You may share your condolences with the Lemmert family by going to www.jimrushfuneralhomes.com. If you are not able to attend the services for Mr. Lemmert, you can watch the service by Live Stream by clicking the link below: https://view.oneroomstreaming.com/authorise.php?k=1639855097154693

The family of Albert F. "Al" Lemmert created this Life Tributes page to make it easy to share your memories.

Albert Francis Lemmert, age 90 of Cleveland, TN went to be with...

Send flowers to the Lemmert family.