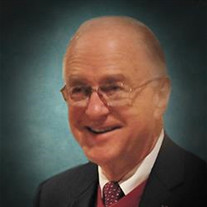 Clarence David "Cid" Heidel Jr., age 72, a resident of Cleveland, passed away Sunday evening at the family residence. Cid as he was affectionately known, was born February 28, 1947 at his home in Wartburg, Tennessee and he was the son of the late Lois Davis Heidel and Clarence David Heidel Sr. Cid was a 1965 graduate of Central High School in Wartburg, Tennessee and he was selected and sponsored to attend Tennessee's Boy's State in 1964. He received his B. S. in Business Administration in 1969 from the University of Tennessee Knoxville. He graduated Cum Laude with Honors! He was a member of the Alpha Kappa Psi Fraternity of the Zeta Lambda Chapter. While in College, he was commissioned 2nd Lieutenant from R.O.T.C. and graduated with distinction as a member of The National Society of Scabbard and Blade. Cid served 2 years active duty in the U. S. Army followed by 24 years of Army Reserve service with the 844th Engineer Battalion, serving in both command and staff positions in the Army Reserve. He received various commendations and medals including Joint Service Commendation Medal, Army Commendation Medal and Army Achievement Medal. He retired from the Army Reserve in 1995 with the rank of Lieutenant Colonel. Cid was employed by Tennessee Valley Authority (TVA) in 1971 following Active Army Service. He held positions in Human Resources and Labor Relations while at TVA. He worked for the Office of Engineering and Construction (OEDC) in Knoxville. He also worked with the Development and Technology (ED&T) and Transmission Planning and Engineering (TP&E) both in Chattanooga. He was a member of the National Management Association. Cid retired from TVA in 2004 with 33 years of service. After his retirement from TVA, he turned his sights and focus on helping bring a Veteran Nursing Home to Bradley County. Thus on August 21, 2019 that goal was reached at The Bradley County Tennessee State Veteran's Home Groundbreaking Ceremony. Cid believed that when a community has a goal and will work toward that goal, much can be achieved! He was rewarded the prestigious Robert H. Miller Award on Veterans Day November 11, 2018. Cid was a member of the Southeast Tennessee Veterans Home Council where he held the position of Co-Chair since 2006. He was also a member of the Employer Support of the Guard and Reserve (ESGR), the Cleveland American Legion Post 81, Sons of American Legion Squadron 81, Reserved Officers Association of America, Military Officers Association of America and the Chattanooga Area Veteran Council. Cid enjoyed the outdoors including hiking and bird watching and he was an avid Tennessee Volunteer Sports Fan. He loved to work in his flower garden and was considered at great cook! He worked to keep an old family tradition of baking a 13 layer Apple Stack Cake for the holidays. Cid attended First Baptist Church here in Cleveland and is a member of the St. Paul's Lutheran Church in Wartburg, Tennessee. Survivors include his wife, Paulette "Polly" Moore Heidel of Cleveland, his Bonus daughters, Catherine "Cathy" Smith of Cartersville, Georgia, Virginia "Christy" Walters and her husband Philip of Oxford, North Carolina, his Bonus son, Scott McClintock and his wife Pattie of Spring City, Tennessee, his grandchildren, Jessica Smith Contino of San Antonio, Texas, William Cicero Smith V "Quint" stationed at Fort Riley, Kansas, Joseph Scott Walters "Josh" of Oxford, North Carolina and Tyler Christian Walters also of Oxford and his brother in law, Lawrence Moore and his wife Ann of Burgess, Virginia and all of his extended family and friends in Wartburg, Tennessee also survives. The Celebration of Life Service will be conducted on Thursday, September 26, 2019 at 11:30 A. M. at the Jim Rush Funeral and Cremation Services North Ocoee Chapel with Mayor Kevin Brooks, Gary McDonald, State Representative Mark Hall, Catherine Smith and Jon Peters officiating. Graveside services and Interment will be conducted at 2:00 P. M. on Thursday at the Chattanooga National Cemetery. Full Military Honors will be given. The family request that in lieu of flowers, Memorials may be made to the Southeast Tennessee Veterans Home Council, C/O Betsy Trimble, Treasurer, 2345 Timber Trace Circle, Cleveland, Tennessee 37311 or to St. Paul's Lutheran Church, 222 South Church Street, Wartburg, Tennessee 37887. The family will receive friends from 6:00 until 8:00 P. M. Wednesday at the Jim Rush Funeral and Cremation Services North Ocoee Chapel who has charge of the arrangements. You may share your condolences and your memories with Cid's family at www.jimrushfuneralhomes.com.

Clarence David "Cid" Heidel Jr., age 72, a resident of Cleveland, passed away Sunday evening at the family residence. Cid as he was affectionately known, was born February 28, 1947 at his home in Wartburg, Tennessee and he was the son of the... View Obituary & Service Information

The family of Clarence David "Cid" Heidel Jr. created this Life Tributes page to make it easy to share your memories.

Send flowers to the Heidel family.