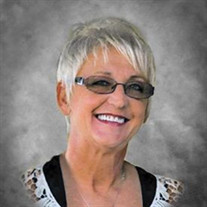 On August 24, 2021, Corinne Joyce Benefield, left the bonds and suffering of this life at the age of 63 to enter the joy and presence of her Lord and savior, Jesus Christ. Corinne lived her life as a shining example of the bright city on a... View Obituary & Service Information

The family of Corinne Joyce Benefield created this Life Tributes page to make it easy to share your memories.

Send flowers to the Benefield family.