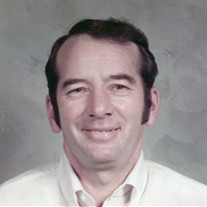 Harold Thomas Martin, age 83, a resident of Cleveland, passed away Saturday morning, June 22, 2019 at the family residence. Mr. Martin was the son of the late Venie Burrell Martin and Cecil Martin. His wife, Gloria Epperson Wright Martin, his son, Mitchell Martin, his sisters, Betty Ellis, Mattie Lee and Ann Leamon Floyd and his brother, James "Jim" Martin also preceded him in death. Mr. Martin was in law enforcement in Bradley County for 35 years. He served as Constable for 20 years. Early on he was a Bail Bondsman and he owned and operated a catering business. He was a Veteran of the U. S. Army and he was a member of the Oak Grove Ruritan Club and the Fraternal Order of Police. He enjoyed politics and was considered a friend to many. Mr. Martin lived by the moto, "To have a friend is to be a friend"! He was a longtime member of the Boanerges Baptist Church. Survivors include his son, Ricky Martin and his wife Linda of Cleveland, his granddaughters, Brittany York and her husband Jason, Tiffany Ratler and her husband Amons and Paige Luster, his great granddaughter, Summer Rain Ratler, his sister, Peggy Jamerson and her husband Peyton of Charleston, Tennessee, his special niece, Charlotte Jamerson, his companion, Roberta Mason of Old Fort and several other nieces and nephews also survive. The Remembrance of Life Service will be conducted on Wednesday, June 26, 2019 at 2:00 P. M. with the Reverend Joe Hatcher officiating. Interment will follow in the Boanerges Baptist Church Cemetery with Jason McCann, Craig Martin, Anthony Martin, David Leamon, Willie Bain and Chris Lee serving as casket bearers. Military honors will be given. The family will receive friends from 5:00 until 8:00 P. M. Tuesday at the Jim Rush Funeral and Cremation Services Wildwood Chapel who has charge of the arrangements. You may share your condolences and your memories with the Martin family at www.jimrushfuneralhomes.com.

The family of Harold Thomas Martin created this Life Tributes page to make it easy to share your memories.

Send flowers to the Martin family.