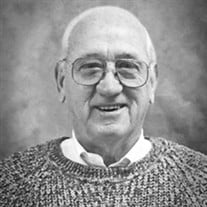 On November 4th, Herman Odell Swafford was called home to be with our Lord and Savior at the age of 89. Odell was born October 17, 1932 in Bradley County to the late John Thomas and LoEtta Masengill Swafford. He is preceded in death by his love Jennie Mae Swafford; brothers: Billy, Charles, Virgil and Dewitt Swafford; sister Betty Fern Swafford and grandson Chris Elkins. Odell attended Maroon Grammar School and Bradley High School graduating in 1952. While attending Bradley he was an outstanding athlete in both basketball and baseball. After graduation he was drafted by the New York Giants baseball organization. He continued his baseball career until an injury brought him back to Bradley County at which time he began a career with South Central Bell. He retired from South Central Bell after 30 years of employment. After his retirement he was elected as Bradley County Register of Deeds where he served for 16 years. His love for baseball led him to coach many young men of all ages through the years. Odell's coaching included Little League, Dixie Youth and American Legion baseball. He was never happier than when he was standing on a baseball field. He was a charter member of Asbury United Methodist Church. In his later years he attended Big Springs United Methodist and Black Fox United Methodist Church. He is survived by one son, Dale Swafford of Cleveland; two daughters, Jenny Lyn Elkins and her husband Mike of Cleveland, Kelli Cameron and her husband Stephen of Cleveland; grandchildren Julie Elkins Jolly and husband Brad, Daelyn Swafford Wright and husband Jon, Hannah Swafford Ledford and husband Brandon and Brandon Maney; great-grandchildren Clare, Callen and Clay Jolly, Zorra and Kellen Elkins, Maverick Wright, Grayson and Liam Ledford and Deegan Maney. He is also survived by brothers Clifford (Martha), Harold (Ann), Raymond and Daniel Swafford. Several loved nieces and nephews also survive. The family will receive friends Sunday from 2 until 5pm at Jim Rush Funeral and Cremation Services North Ocoee St. Chapel. A private graveside service will be held on Monday, November 8, 2021. In lieu of flowers donations are requested to be made to Big Springs United Methodist or Black Fox United Methodist Church.

On November 4th, Herman Odell Swafford was called home to be with our Lord and Savior at the age of 89. Odell was born October 17, 1932 in Bradley County to the late John Thomas and LoEtta Masengill Swafford. He is preceded in death by his love... View Obituary & Service Information

The family of Herman Odell Swafford created this Life Tributes page to make it easy to share your memories.

On November 4th, Herman Odell Swafford was called home to be...

Send flowers to the Swafford family.