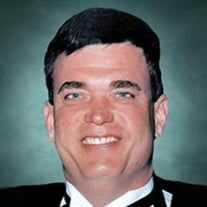 James Steven (Steve) Benton passed peacefully into eternity March 5, 2022. Steve was a lifelong resident of Cleveland. He was preceded in death by his father, Cletus H. Benton, maternal grandparents, Lola “Nannie” Davis Pendergrass, Thurman James Pendergrass and his paternal grandmother, Agnus Bryant Benton. Steve graduated from Cleveland High School in 1970 where he was an active member of the Blue Raiders football team, along with numerous other high school clubs and organizations. Well known for his great sense of humor, he entertained CHS basketball fans both pregame and at halftime, with his funny and hilarious renditions of the well-known comedian Minnie Pearl. He also was a member of the exhibition basketball team famously known as “The Fat Boys”. One of Steve’s passions was coaching Dixie Youth Baseball, where he led his team, the Hawks, to multiple city and state championships. He also had the privilege of taking several All-Star teams from Bradley County to the Dixie Youth World Series. On weekends during high school Steve worked as a newscaster at the local radio station, WCLE. After high school, Steve attended the University of Tennessee where he became the head manager of the Volunteers football program, and in 1975, graduated with a degree in business. After graduation, he returned home to work in the family businesses, including working alongside his brother, Brad, managing and operating Shoney’s of Cleveland. He also owned and operated Baskin Robbins of Cleveland until 2001. He attended Westwood Baptist Church. Steve loved working in the yard, serving others and was an avid sports fan and VOL for life. He was best known for his unique ability to tell a great story Survivors include his mother, Bobbie June Benton of Charleston, sister, Holly Ann Benton of Knoxville, brother, Brad Holland Benton (Wendy), Charleston, niece, Neeley Benton Cain (Jonathan), Summerville, South Carolina and nephews, Luke Holland Benton, Austin, Texas, and Parker Davis Benton of Cleveland. The Remembrance of Life Graveside Service and Interment will be held Private for the family at Hillcrest Memorial Gardens with Pastor Anthony Cain officiating. The family request that in lieu of flowers, Memorials be made to Tennessee Christian Preparatory School (T.C.P.S.) by going to www.tcpsk12.org or by mailing Memorials to Tennessee Christian Preparatory School, 4100 Stephens Road, Cleveland, Tennessee 37312. The Jim Rush Funeral and Cremation Services North Ocoee Chapel has charge of the arrangements. You may share your condolences and your memories with the family by going to www.jimrushfuneralhomes.com . The family would also like to thank all the many wonderful nurses and doctors, from Tennova Hospital, who took such great care of Steve over the last few weeks of his life.

The family of James Steven "Steve" Benton created this Life Tributes page to make it easy to share your memories.

Send flowers to the Benton family.