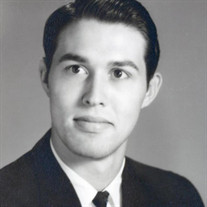 James Danny Mundy On the morning of April 9, James Danny Mundy went to be with the Lord. He was seventy-five years of age, born on May 31, 1947, in Murphy North Carolina to Earl and Florence Tilson Mundy. The cause of death was Parkinson’s disease, with complications. He passed away at a care-giving home, following a stay at the homes of his two oldest sons, Matt, and Ryan Mundy. Danny owned a large homestead of originally 40 acres near Ocoee Lake, in Tennessee. Danny came of age in the mountains of Western North Carolina. In the mountains near Cherokee, he learned to fish, camp, and search for arrowheads. He was raised on church benches at Harris Chapel Church of God. Family vacations usually meant attending the North Carolina State Camp Meeting. Danny’s father was president of a lumber company, affiliated with Bernhardt Furniture. Danny often worked at his dad’s company where he learned the lumber business. Danny’s brother, Edward, owned a lumber company nearby. His mother, Florence, was a homemaker who was known for her gardens and farm to table meals. Danny played on the football team for Murphy High School. He loved the outdoors and sports, but especially baseball. Danny took sports seriously and saw the possibility of raising sons to be accomplished baseball players. In fact, he believed his sons were such good baseball players that they should play on multiple teams. Danny was also a competitive player in the Carroll croquet tournaments. He served as a cross-handed batter for the renown North Cleveland Church of God Softball team, coached by T. LaVoy Jones. Danny graduated with a degree in biology from Lee College. His favorite classes included Dr. Fleming’s parasitology class and entomology, the study of insects. For a time, he reproduced fruit flies in his dorm room to study the principles of genetics. Following college graduation, he formed a partnership with Kerry McPherson for building and construction. Kerry taught Danny the art and skill of building. When Danny was twenty-three, Jack Carroll gave Kerry and Danny their first house to build. Danny studied for and received his business law license, as well as a general contractor’s license for the state of Tennessee. From private home building, he enlarged his work to build in underserved communities in this region. Danny had a heart for the disadvantaged, especially those from his own region of Appalachia. He helped people develop their building skills and often assisted in the purchase of land. Danny is preceded in death by his parents, Earl and Florence Mundy, and his brother, Edward Mundy. He is survived by his three sons, Matt (Melissa), Ryan (Jessica) and Andrew (Nicole) and twelve grandchildren: Carys, Isabella, Luke, Max, Maddy, Kourtlenn, Malachi, Jonah, Esther-Joelle, John Ryan, Landon, and Leia. The Remembrance of Life Service will be held Saturday, April 16, at 11:00 A. M. in the Dixon Chapel at North Cleveland Church of God. The viewing is 10:00 until 11:00 A. M. on Saturday at the Church. Following the funeral, the interment will be at 2:00 P. M. on the grounds of Harris Chapel Church of God in Murphy North Carolina. Honorary pall bearers are Matthew Mundy, Ryan Mundy, Andrew Mundy, Art Moore, Jackie Carroll, and Randy Howell. Reverend Mitch Maloney will be officiating, with music by Steve Holder. Funeral arrangements are by Jim Rush Funeral and Cremation Services Wildwood Chapel. Tributes and stories may be sent to www.jimrushfuneralhomes.com.

James Danny Mundy On the morning of April 9, James Danny Mundy went to be with the Lord. He was seventy-five years of age, born on May 31, 1947, in Murphy North Carolina to Earl and Florence Tilson Mundy. The cause of death was Parkinson&#8217;s... View Obituary & Service Information

The family of James Danny Mundy created this Life Tributes page to make it easy to share your memories.

Send flowers to the Mundy family.