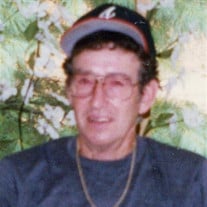 James Lewis Murray, age 82, a resident of Birchwood, returned to his heavenly home on April 12, 2019 after a valiant battle with a long illness. He was a loving husband; a kind and gentle loving Dad, “Pops”; uncle and friend to many. His unwavering love and faith in GOD gave him the strength in his 17-year battle against the horrible disease called Alzheimer’s. He had such an impact on everyone he met, always offering a cup of coffee, come in and set a while or just a kind word of encouragement. His favorite topic was talking about the Lord, his Savior. James was of the Baptist faith and a member of Burdette Baptist Church for 61 years and served as a deacon for 46 years. Throughout his years, he maintained a Godly and simple life. His signature gift of joy, shown though his constant smiling along with his southern hospitality will never be forgotten. His love for music was also a God given talent that he enjoyed sharing with family and friends. James Lewis Murray was born on April 7, 1937 in Cotula, Campbell County, a small coal mining camp in upper East Tennessee. Born to Tim & Mary (Brotherton) Murray, he was the 7th child of 8 siblings. He was also the last living child of the family. He leaves his loving memories of their 59 years of marriage to his cherished wife, Magolene (Maggie) Childs Murray and his lifelong love and guidance to his daughter, Billie Jo Murray of Birchwood. Along with his parents, he was also preceded in death by brother, Archie Murray; sisters, Omagene Murray, Juanita Murray, Eva Murray Huhn Hawkins, Edith P Murray Hackney, Ida Mae Murray Walden and Lenore Murray Hackney Conrad. He is survived by brothers-in-law; Edgar (Pat) Childs and Sam (Gayle) Childs all of Georgetown. Several nieces and nephews. A special family couple; Joe and Joyce May. He was preceded in death by his sisters-in-law; Liza Loraine Childs and Mossie Childs Caldwell. He was also blessed at an early age by his very special and loving father and mother-in-law; Creed Childs and Roxie Hutson Childs. The Remembrance of Life Service will be conducted on Monday, April 15, 2019 at 5:00 P. M. at the Burdette Baptist Church with Reverend David Evans and Reverend Dewayne Murphy officiating. Interment will follow in the Johnston Cemetery with Anthony Caldwell, Mark Caldwell, Spencer Childs, Mike Childs, Jamie O'Daniel and Gage Caldwell serving as casket bearers. The family will receive friends from 3:00 until 5:00 P. M. Monday at the Burdette Baptist Church. The family would like to give special thanks for the love and caring that was given by his care givers, Hearth Hospice and Lora Baker, "Pops" nurse and his family members, Angela Caldwell and Cassy Caldwell O'Daniel. The Jim Rush Funeral and Cremation Services North Ocoee Chapel has charge of the arrangements. You may share your condolences and your memories with the Murray family at www.jimrushfuneralhomes.com.

James Lewis Murray, age 82, a resident of Birchwood, returned to his heavenly home on April 12, 2019 after a valiant battle with a long illness. He was a loving husband; a kind and gentle loving Dad, &#8220;Pops&#8221;; uncle and friend to... View Obituary & Service Information

The family of James Lewis Murray created this Life Tributes page to make it easy to share your memories.

Send flowers to the Murray family.