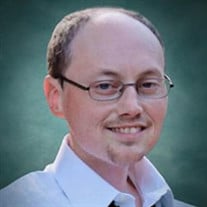 Jason Matthew Reynolds, age 46, a resident of Murfreesboro, Tennessee and formerly of Cleveland, passed away Friday, March 12, 2021 in a Rutherford County Hospital. Jason was preceded in death by his maternal grandparents, George Brooks and Etheline Goins Brooks, his paternal grandparents, Ross Reynolds and Vesta White Reynolds, his step grandmother, Mary Ruth Brooks and many aunts and uncles. Jason was a 1992 graduate of Bradley Central High School. He received his Bachelors degree from the University of Tennessee, Knoxville in 1997 where he served for awhile as Editor of the School Paper and he received his Masters degree in 2010 from Bryan College. Jason was a published author, writing a Trilogy of Science Fiction books for young children. He wrote many articles for the Cleveland Daily Banner, the Daily Post Athenian, the Chattanooga Free Press, the Murfreesboro Post and the Shelbyville Times where at the time of his death, he was serving as Editor at Large for the paper. In his younger days, Jason enjoyed playing sports including baseball. He was also an avid reader. Jason was a member of the Seeds Church in Murfreesboro, a church he and his wife Holly help start. Survivors include his wife, Holly Reynolds of Murfreesboro, his mother and father, Brenda N. Reynolds and Jimmy Reynolds, his brother, Jeffery Reynolds all of Ooltewah, his adopted son, Eli Reynolds, his aunts, Barbara Burger and her husband Jimmy, Ruth Anderson all of Cleveland, Brenda Blount of Riceville, Brenda Arthur Reynolds of Ocoee, Donna Gatlin and her husband Arthur of Cleveland, his uncles, Stony Brooks of Cleveland, Paul Reynolds and Bobby Reynolds both of Ocoee, his mother in law, Patricia Gay of Fort Worth, Texas and numerous cousins also survive. The Remembrance of Life Service will be conducted on Saturday, March 20, 2021 at 1:00 P. M. at the Jim Rush Funeral and Cremation Services North Ocoee Chapel with Reverend Roy Reynolds and Pastor Russell Mauldin officiating. Interment will follow in the Sunset Memorial Gardens with Timmy Anderson, Ray Anderson, Byron Brooks, Tom Carter, Robert Gatlin, Brian Reynolds, Charlie Earls and Wayne Reynolds serving as casket bearers. Because of COVID concerns, we will follow the State's guidlines by suggesting mask wearing and social distancing. Thank you for your understanding. The family request in lieu of flowers, memorials be made to St. Jude Children's Research Hospital by going to stjude.org. The family will receive friends from 5:00 until 8:00 P. M. Friday at the Jim Rush Funeral and Cremation Services North Ocoee Chapel who has charge of the arrangements. You may share your condolences and your memories with Jason's family at www.jimrushfuneralhomes.com. For family and friends who are not able to attend Jason's service, you may watch his service by Live Stream by clicking the following link. https://www.oneroomstreaming.com/view/authorise.php?k=1615777234105689

Jason Matthew Reynolds, age 46, a resident of Murfreesboro, Tennessee and formerly of Cleveland, passed away Friday, March 12, 2021 in a Rutherford County Hospital. Jason was preceded in death by his maternal grandparents, George Brooks and... View Obituary & Service Information

The family of Jason Matthew Reynolds created this Life Tributes page to make it easy to share your memories.

Send flowers to the Reynolds family.