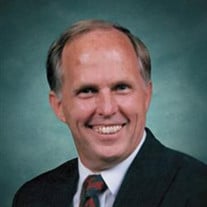 Dr. Jerry Kenneth Adams, age 76, of Cleveland, TN, overcame Parkinson’s through the power of his Lord and Savior, Jesus Christ. He transitioned to heaven to be with his Creator on Sunday, August 9, 2020 from his home in Cleveland. Jerry was born in Sapulpa, OK, to James Edmond and Mary Kidd Adams on December 3, 1943. He married Margaret Evelyn Clay on August 14, 1965 in Broken Arrow, OK. During his 49-year teaching career, he was an educator at the high school level as well as at Tomlinson College and also at Lee University where he retired in May 2015. Jerry was preceded in death by his father, Edmond, his mother, Mary, his brothers Jesse Adams and Eugene Adams, and his sister Evanelle Fox. Jerry is survived by his wife, Evelyn, and their 55th wedding anniversary is on Friday. He is also survived by his children Michelle Lynn (David) Corley of Monterey, TN, Jason Kenneth Adams of Athens, TN and Melissa Danielle (Joshua) Dasher of Cleveland, TN. His sisters, Helen Brady of New Matamores, OH, Faye Clark of Deerfield, MI, and brother Daniel Adams of Burbank, CA. He has five grandchildren that he deeply adored; Christy Corley, Seaton Dasher, Andi Corley, Connor Dasher and Katelyn Dasher. Pallbearers will be Seaton Dasher, Connor Dasher, David Taylor, Jerry Nunnery, Jim Clark, and Alan Fox. Honorary pallbearers will be Jason Dasher, Perry Horner, Pete Tolbert, and Henry Wyatt, Sr. Visitation will be Thursday, August 13, 2020 at Keith Street Ministries in Cleveland, TN, from 4:00-6:00 pm and a Celebration of Life service will follow at 6 pm with Chaplain Ed Dowdell George officiating. The interment will immediately follow at Union Grove COGOP Cemetery (533 Union Grove Rd, Charleston, TN). In lieu of flowers, please send donations to Keith Street Ministries for the grandchildren’s mission trips to Peru.

Dr. Jerry Kenneth Adams, age 76, of Cleveland, TN, overcame Parkinson&#8217;s through the power of his Lord and Savior, Jesus Christ. He transitioned to heaven to be with his Creator on Sunday, August 9, 2020 from his home in Cleveland. Jerry... View Obituary & Service Information

The family of Dr. Jerry Kenneth Adams created this Life Tributes page to make it easy to share your memories.

Send flowers to the Adams family.