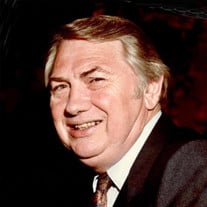 The Rev. Kenneth A. Dismukes, 89, died Wednesday, January 13, 2021, at his home in Cleveland, Tennessee, surrounded by his family. He was born September 12, 1931, in Thomasville, Alabama to the late Rev. Foster and Eugenia Dismukes. He was an ordained bishop in the Church of God and a member of the North Cleveland Church of God. Over four decades, he pastored churches throughout the state of Alabama and served as Dean of West Coast Bible/Christian College in Fresno, California. Rev. Dismukes was elected by his Alabama ministerial colleagues at various times to serve on the Youth and Discipleship Board, the State Council, and the Birmingham Ministerial Fellowship. He served as Chair of the first State Board of Education in the Church of God, was appointed to the Pentecostal Theological Seminary Board of Directors and was repeatedly elected as President of the Lee Alumni Association for Alabama. Gifted in business and finance he was instrumental in negotiating the purchase and financing for the current COG State Offices in Birmingham. A lifelong learner, Kenneth Dismukes graduated high school from Lee Academy at sixteen, completed training as an Aircraft Mechanic in the United States Air Force, earned a BA in Education from Athens College, an MS in Counseling and Guidance from Troy State University, and pursued doctoral studies at Nova University in Los Angeles. A natural mentor and educator, he taught Psychology and Counseling/Human Behavior for Troy State University as well as extension courses for Lee University for more than twenty years. While Dean of West Coast Christian College, he extended the campus by travelling each Saturday to offer college courses to members of a Korean church in Los Angeles. Teaching brought him great joy. The essence of the work for him was serving the students, relating to them, and offering intellectual and spiritual guidance for their lives. Kenneth Dismukes loved his time spent with the Air Force where he served as Senior Aircraft Mechanic and Flight Engineer during the Korean Conflict. A decorated veteran, his unit was awarded the Presidential Unit Citation from President Rhee of the Republic of Korea. His adventurous spirit and curiosity infused his life and afforded his family many unforgettable moments including an all-night drive to Cape Canaveral to witness the first Moon Shot in July 1969, a U.S. Bicentennial tour of historical American landmarks in the summer of 1976, as well as many deep-sea boating excursions with the family while living and pastoring in Mobile. Kenneth was a storyteller. He had an incredible memory and could recount in great detail the experiences of his childhood and his father’s pioneering ministry of the Pentecostal message in South Alabama. He was known for his great sense of humor and his ability to relate to people of all ages and backgrounds. He always found a way to talk with people. His love and care for them was genuine. He was preceded in death by siblings: Joyce Baxter and Paul Dismukes. Survivors include his wife of 65 years, Martha Runion Dismukes; daughters Delisa and Andrea Dismukes, and sister Opaline Corvin, as well as many beloved cousins, nieces, and nephews. Always thinking of others, Kenneth requested that there be no indoor gathering that would obligate friends and family to attend, possibly exposing them to the Covid-19 virus. The Remembrance of Life Graveside Service and Interment will be conducted on Thursday, January 21, 2021 at 12:30 P. M. at the Chattanooga National Cemetery with Pastor Mark Williams officiating. Because of Covid Retrictions, the National Cemetery requires everyone in attendance to wear a mask. Thank you for your understanding. The family request in lieu of flowers memorials be made to the Dixon Pentecostal Research Center by going to dixonprc.org. The Jim Rush Funeral and Cremation Serivces has charge of the arrangements. You may share your condolences and your memories with the Dismukes family at www.jimrushfuneralhomes.com.

The Rev. Kenneth A. Dismukes, 89, died Wednesday, January 13, 2021, at his home in Cleveland, Tennessee, surrounded by his family. He was born September 12, 1931, in Thomasville, Alabama to the late Rev. Foster and Eugenia Dismukes. He was... View Obituary & Service Information

The family of Reverend Kenneth A. Dismukes created this Life Tributes page to make it easy to share your memories.

Send flowers to the Dismukes family.