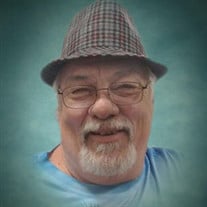 Larry Eugene Cheatham Sr., age 72, a resident of Cleveland, passed away Wednesday, March 27, 2019 at the family residence. Larry was the son of the late Jerldean Greene Cheatham and Claude Cheatham Jr. His sons, Larry Eugene Cheatham Jr. and James "Tooter" Michael Cheatham also preceded him in death. Larry was a graduate of Kirkman Technical High School in Chattanooga, Tennessee. He worked for the Cleveland City Police and Bradley County Sheriffs Department with many years of service. He was an avid car dealer and he owned and operated Miss Tracy's Collision Center for many years. He was a boxer and he was a professional wrestler for over 50 years. Larry was a member of the Chestuee United Methodist Church. Survivors include his wife of 27 years, Tracy Lynn Cheatham of Cleveland, his children, Tina Colbaugh and her husband Timmy, Dana Cheatham and her fiancé Brian Pritchard all of Cleveland, Austin Cheatham of Cleveland, Christopher Cheatham, Chamberlain Cheatham, Dylan Cheatham and Shaun Cheatham all of Cleveland, his special son, Jerry "Rocky Top" Metcalf of Chattanooga, Tennessee, his grandchildren, Chris Davis and his wife Kiersten, David Davis and his wife Amber, Hunter Davis, Andrew Davis, Hannah Ellis, Anthony, Thomas and Ariel Cheatham, Brooke Booher and her husband Josh, and Bradley Colbaugh, his great grandchildren, Marley Davis and Cooper Booher, his siblings, Bobby Cheatham and his wife Vickie of Estell Springs, Tennessee, Donnie Cheatham of Chattanooga, Vickie Murray and her husband Randy of Sweetwater, Tennessee and several nieces and nephews also survive. The Remembrance of Life Memorial Service will be conducted Saturday, March 30, 2019 at 4:00 P. M. at the Jim Rush Funeral and Cremation Services North Ocoee Chapel with Reverend Jimmy Powell and Reverend Bobby Simmons officiating. A Masonic Service and a special Wrestlers Service will be part of the service. The family request that in lieu of flowers, Memorials be made to the Go Fund Me account set up for his children on face book. Go to gofundme.com, Larry Cheatham to donate. The family will receive friends from 3:00 until 4:00 P. M. Saturday at the Jim Rush Funeral and Cremation Services North Ocoee Chapel who has charge of the arrangements. You may share your condolences and your memories with Larry's family at www.jimrushfuneralhomes.com.

The family of Larry Eugene Cheatham Sr. created this Life Tributes page to make it easy to share your memories.

Send flowers to the Cheatham family.