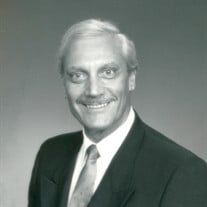 Lindsay Levoy Hathcock, Sr., passed from this life into eternal life on September 7, 2020. His final days were spent surrounded by family and friends whom he cherished. Levoy was born in Kannapolis, North Carolina, on July 7, 1931, to Lorena Stephens Hathcock and Joseph Lindsay Hathcock. A child during the Great Depression, Levoy’s upbringing grounded his values in humility and stewardship. Using his keen ingenuity, he made his own toys out of his mother’s empty thread spools, rubber bands, and matchsticks. These carefully crafted “cars” would be shot down a hill only to be retrieved, reassembled, and released once again. Levoy was an only child adored by his gracious and loving mother. His father, a mighty man of God and indelible influence on Levoy, was known affectionately within the Church of God as “Brother Amazing Grace” because of his love for singing the popular Christian hymn. Through sacrifice and love, his parents sent him to Lee Academy in Cleveland, TN, for his final high school years. His father, a man of large stature like his son, would greet him at the public bus station during school breaks with a brown paper bag of bananas. Sometimes the bag would become water-soaked from his Dad’s unwavering vigilance of standing for hours in inclement weather waiting for the bus to arrive, a sign of a father’s deep and dedicated love for his son. Following graduation from the Academy, Levoy went on to Lee College. In 1951, he married Edythe Roberson, and they made their home in Cleveland, TN, until he was drafted into the United States Army during the Korean War in 1953. With Edythe always by his side, Levoy proudly served his country as a Cryptographer in the 53rd Battalion of the Signal Corps in Fort Hood, TX. After his honorable discharge in 1955 with the rank of Specialist 5 (T) and Staff Sergeant, he began a career at the Publishing House of the Church of God in Cleveland. Levoy and Edythe had two cherished children, Ronna LaJune and Lindsay Levoy, Jr., both of Cleveland. Edythe and Levoy were divorced in 1973. Levoy went on to complete his studies at Lee College, graduating in 1974 with a bachelor of arts degree. Eventually Levoy’s career took him to Dallas, TX, where he worked in promotional sales. In 1984, Levoy met and married Bonnie Gentry. Bonnie always says she spotted Levoy across the big church auditorium and knew he was the best-looking man she’d ever seen. She didn’t know his name until a friend introduced them, and they were married four months later. For the next 24 years, they moved throughout the U.S. in support of her career in corporate America. With each move to a new city, Levoy adapted his considerable skills to take on roles in commercial real estate and a variety of sales fields. They settled in their current home in Cleveland in 2008. Levoy was known for his kindness to everyone, sense of humor (often self-deprecating), non-judgmental heart, and his unshakable faith in God. During his final eight years of life, his journey was often arduous with significant health issues to contend with. He never lost his patience, sweet spirit, or will to push through whatever barriers were placed in front of him. He never lost faith in his Lord and remained the spiritual head of his home and a profound influence on his children, grandchildren, and dedicated caregivers. Left to treasure his memory are his beloved wife Bonnie, Ronna and her husband Dr. Keith Mills, and Dr. Lindsay Jr. and his wife Peggy. In addition, three beautiful grandchildren survive: Lindsay Levoy Hathcock III (Tripp), Aubrey Lockwood (Ryan Lockwood), and Micah Hathcock. The family will receive friends on Monday, September 14, at Westmore Church of God, 2200 Candies Lane, Cleveland, TN. Visitation is from 9 to 11 am preceding the Celebration of Life Service beginning at 11 am. Pastor Kelvin Page will officiate. The committal service will include military honors at the Chattanooga National Cemetery immediately following the service. In lieu of flowers, the family requests contributions to Westmore Church of God, 2200 Candies Lane, Cleveland, TN. 37312 and to Samaritan’s Purse, www.samaritanpurse.org. The Jim Rush Funeral and Cremation Services North Ocoee Chapel has charge of the arrangements. You may share your condolences and your memories with the Hathcock family at www.jimrushfuneralhomes.com.

Lindsay Levoy Hathcock, Sr., passed from this life into eternal life on September 7, 2020. His final days were spent surrounded by family and friends whom he cherished. Levoy was born in Kannapolis, North Carolina, on July 7, 1931, to Lorena... View Obituary & Service Information

The family of Lindsay Levoy Hathcock Sr. created this Life Tributes page to make it easy to share your memories.

Lindsay Levoy Hathcock, Sr., passed from this life into eternal...

Send flowers to the Hathcock family.