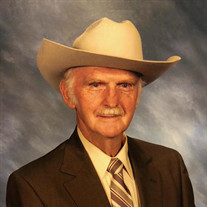 Lloyd George Koester, 93, a resident of Cleveland, TN, formerly of Mahomet, IL, received his Heavenly reward on January 18, 2021, while sleeping. The younger of two sons, Lloyd, was born August 7, 1927 to William and Esther Koester. His older brother, Paul, preceded him in death. At the early age of 16, Lloyd decided to fight the battle to protect our country. He left home and joined the Marines where he deployed to Iwo Jima. Lloyd had countless stories to tell of his time spent in the Marines and he would tell them to anyone who would take the time to listen. Lloyd married Hazel (Miller) Koester on August 7, 1949. They were married 54 years before being separated by her Heavenly departure in June 2004. He used his GI Bill to receive a degree from Eastern Illinois Teacher’s College and later a master’s degree from the University of Illinois. Lloyd worked as a missionary student/cafeteria manager at the International Preparatory Institute in San Antonio, TX. After a few years he and Hazel returned to Illinois where he worked for local labor unions, was a public-school teacher, and part-time janitor. He also taught parachute rigging at Chanute Air Force Base in Rantoul, IL, before retiring after 30 years as a civil service instructor. Lloyd also worked for several years at the Clinton Power Plant as part of the laborers’ union. After retiring from the union, he worked for his son’s fencing business. In 2001 Lloyd and Hazel grew tired of Illinois winters and they decided to move south to Cleveland, TN. His undying love of God and family kept him busy throughout the years in sharing Christ’s love to everyone he met. For years he told Bible stories and recounted stories of his childhood, in which he would tell you ‘I have no choice, I have to believe in miracles.’ Those miracles he outlined in a book, too numerous to list here. The miracles outlined ranged from blood poisoning at the age of three, to surviving nights in foxholes in Iwo Jima, up to his last trip abroad to Recife, Brazil, where his missionary friends, Max and Debbie Thompson, invited him to help dedicate a dormitory of a children’s home in memory of Hazel. His family celebrates with him in his final miracle, being called home to Heaven and celebrating with his loved ones. He was a faithful member of the Church of God (Cleveland, TN), worshipping at churches in Urbana and Champaign, IL; Cleveland, TN; and anywhere the doors were open. His love for God inspired his involvement in multiple ministries. In Illinois he joined other church friends to form a musical group “The Gospel Messengers”, who would go around and sing praise and worship songs. He would often start his Sunday mornings doing something he loved, taking Sunday school lessons to elderly people in the nursing home; and then returning to church in time to help sing and play his accordion. Lloyd also served in prison ministries. He was passionate about world missions and had many stories about his mission’s trips to Bulgaria and Latvia. Later in life, he enjoyed taking courses at Lee University. You could often find him at any Lee sporting event in the middle of the student section, where he was lovingly referred to as “Grandpa Cowboy” because of his large-brimmed cowboy hat he loved wearing. He leaves behind his daughter and son-in-law, Brian and Naomi Sharpe, Cleveland, TN; three sons and two daughters-in-law John and Cheryl Koester, Cape Coral, FL; Steve and Debbie Koester, Monticello, IL; and Mike Koester, Mahomet, IL. He also leaves behind grandchildren Kris Koester, Champaign, IL; Jason and Christina Sharpe, Oak Ridge, TN; Justin and Tara Sharpe, Tifton, GA; Dawn and Roberto Russi, Cape Coral, FL; Kristi and Ben Caldwell and Kyle and Tiffany Koester, Monticello, IL; Kendra and Kyle Sommer and Kurtis Koester, Mahomet, IL; in addition to nine great-grandsons and three great-granddaughters; and numerous nieces, nephews, and extended family. Two great-granddaughters preceded Lloyd to his Heavenly home. A Remembrance of Life service will be held at Jim Rush Funeral and Cremation Services North Ocoee St. Chapel, 2603 North Ocoee St NW, Cleveland TN 37311. The services will be held Saturday, January 23, 2021, and will be officiated by his grandsons Pastor Jason Sharpe and Pastor Justin Sharpe. Due to COVID-19 restrictions the funeral will be for family only. However, the service will be livestreamed beginning at 3:00 P.M. You can view the service by going to www.jimrushfuneralhomes.com and clicking on the following link. https://www.oneroomstreaming.com/view/authorise.php?k=161117336096458 Interment will follow at Fort Hill Cemetery with military honors. His family will serve as pallbearers. His body will be placed in the Veteran’s section close to his wife and his mother. Please make memorials to Church of God World Missions, c/o South Cleveland Church of God, 1846 Volunteer Dr. SW, Cleveland, Tennessee

Lloyd George Koester, 93, a resident of Cleveland, TN, formerly of Mahomet, IL, received his Heavenly reward on January 18, 2021, while sleeping. The younger of two sons, Lloyd, was born August 7, 1927 to William and Esther Koester. His older... View Obituary & Service Information

The family of Lloyd George Koester created this Life Tributes page to make it easy to share your memories.

Send flowers to the Koester family.