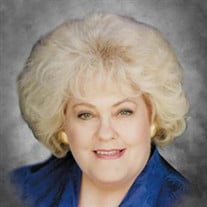 Mary Kathryn Baxter, 81 of Cape Canaveral, FL passed away, Monday, September 13, 2021, in Cape Canaveral, FL. Mary Kathryn was born in Chattanooga, Tennessee and was the daughter of the late Mary & Reece Rogers and Roy Fletcher. In the mid 60’s she moved with her family to Detroit, Michigan where she lived for a time. She later moved to Belleville, Michigan where she began to have visions from God. In 1976, while she was still living in Belleville, Jesus appeared to her in human form, in dreams, in visions, and in revelations. From these revelations, she has written many books including “Divine Revelation of Hell”. Mary was ordained as a minister in 1983 at the Full Gospel Church of God in Taylor, Michigan. She has been in full time ministry for over thirty years and has been sent by God to minister in over 120 nations, speaking and teaching on the dreams, visions, and revelations she received. She has also seen her books translated into more than twenty languages. Mary, a mother and grandmother, loved the Lord with everything she had, all her heart, mind, soul and strength. She was truly a dedicated handmaiden of the Lord and she desired above all to be a soul winner of Jesus Christ. Survivors include her daughter Teresa Sisco, Cape Canaveral, FL, son William Baxter, Cape Canaveral, FL and Scott Baxter (Jacqui) of Merritt Island, FL, 11 grandchildren, 5 great grandchildren, Scott Baxter’s father Bill Baxter, many nieces and nephews. She is also survived by her sister Betty Goodwin, Poteau, OK, Diane Waters (Dan) of Cleveland, TN and brothers Wayne & Steve Rogers, McDonald, TN. Mary was preceded in death by her son Vince Baxter and sister Helen Huffman. The family will receive friends from 1 to 3pm on Sunday, September 26, 2021, with services at 3pm at Jim Rush Funeral and Cremation Services North Ocoee St. Chapel, 2603 N. Ocoee Street, Cleveland, TN. Graveside services and Interment will be at Bancroft Cemetery, McDonald, TN. There will be a Celebration of Life held at a later date in Merritt Island, FL.

The family of Mary K. Baxter created this Life Tributes page to make it easy to share your memories.

Send flowers to the Baxter family.