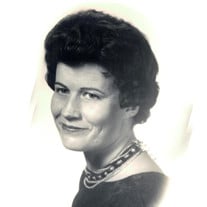 Mary Will Powers, age 88, a resident of Cleveland, passed away Tuesday, December 29, 2020 in a local hospital. Mrs. Powers was born in Geraldine, Alabama and she was the daughter of the late Mindie Lou Frasier Williamson and Reuben Perry Williamson. Her husband, Julian Leo Powers, her son, Rickey Powers, her sisters, Vera Weems, Maxine Timmons and Daisey Bryant and her brother, George Lee Williamson also preceded her in death. Mrs. Powers was a well known Avon sales lady for more than 30 years. Because she could talk to anyone, made her very successful for Avon. She also served as Avon Manager for this area for 6 years and she loved traveling for Avon. She also worked for Sears for 8 years and sold home interiors for more than 20 years. She never met a stranger! She enjoyed camping, being on the lake, traveling and visiting family. Mrs. Powers was a member of the Waterville Baptist Church. Survivors include her son, Randy Keith Powers and his wife Debra of Cleveland, her daughter in law, Phyllis Powers of Trenton, Georgia, her grandchildren, Shannon Michelle Powers, Kenneth Jenkins and his wife Raven, Keith Godfrey and Marie Roberts and her husband Steve, her several great grandchildren, her sister, Shelby Jean Gilley and her husband Coy of East Ridge, Tennessee, her special friends, Lynn Dykes and Patsy Teer and several nieces and nephews also survive. The Remembrance of Life Service will be held private for the family at 2:00 P. M., Sunday, January 3, 2020 with Reverend Joe Brooks officiating. Graveside Services and Interment will be conducted on Monday, January 4, 2021 at 1:00 P. M. C.S.T. at the Marshall Memorial Gardens in Albertville, Alabama with family and friends serving as casket bearers. The Jim Rush Funeral and Cremation Services North Ocoee Chapel has charge of the arrangements. You may share your condolences and your memories with the Powers family at www.jimrushfuneralhomes.com. You may view the service by clicking the following link:https://www.oneroomstreaming.com/view/authorise.php?k=160944799992979.

Mary Will Powers, age 88, a resident of Cleveland, passed away Tuesday, December 29, 2020 in a local hospital. Mrs. Powers was born in Geraldine, Alabama and she was the daughter of the late Mindie Lou Frasier Williamson and Reuben Perry Williamson.... View Obituary & Service Information

The family of Mary Will Powers created this Life Tributes page to make it easy to share your memories.

Mary Will Powers, age 88, a resident of Cleveland, passed away...

Send flowers to the Powers family.