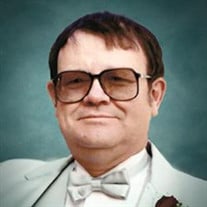 Ralph Dwight Summers, age 88, a resident of Cleveland, passed away Thursday, April 22, 2021 in a health care facility in Chattanooga. Mr. Summers was born in Aurora, West Virginia and he was the son of the late Mabel Howell Summers and Ralph Perry Summers. His sister, Karen Grasser and his brother, Eugene Summers also preceded him in death. Mr. Summers was a lifelong scholar and member of the Sons of the American Revolution. He began his educational career when he graduated from Weston High School in Weston, West Virginia. Afterwards, he pursued a degree in Political Science at Syracuse University, UTK, and UTC. He was also a devoted Patriot, and served in the Air Force from 1950 - 1954. During this time, he became known for his intellectual prowess and was selected to compose Air Force military manuals. At the end of his four-year term, he chose to continue serving his country in the reserves as an Airman 5. Like any true patriot, Ralph believed in the American dream and began aspiring to start his own company. First, he began by working as a High Level Salesman at the Burroughs Corporation. During this time, he developed a love for business and accounting machines. After careful deliberation and strategizing, he created Commercial Business Machines from 1962 - 1978 and Data Solutions from 1978 - 1993. Because of his success, he was presented with the M.C. Headrick Outstanding Businessman of the Year Award. Although he had spent the majority of his life in the Technology industry, he decided during his golden years to pursue his love of gardening and began to sell his plants. As a testament to his green thumb, he was a member of the UT Arboretum Society and Chattanooga Bonsai Society. He was credited as a Certified Master Gardener and was also lovingly referred to as the “King of Trees” by the friends he had made through sharing his love of nature. Primarily however, Ralph was passionate about his community. He was a member of the Broad Street United Methodist Church since 1959 and served as President of the Civitan Club in 1978. He was one of the founding board members of Life Bridges and remained on the board for 46 years. After this time, he continued to support the organization through serving on the Executive Committee and was Chairman of the Nominating Committee. For decades, he advocated for people who have developmental disabilities and dedicated his life to the advancement of services and support for those with intellectual disabilities. In other words, he fought for those who didn’t have a voice to fight for themselves. Because of this, July 25th 2019 was proclaimed as Ralph Dwight Summers Day by the Mayor of Cleveland, Tennessee. In this announcement, he was commended for his faithfulness and uncompromising reliability during his 50 years of service. Survivors include his wife, Sue Summers of Cleveland, his sons, Brian Summers and his wife Cyndi and Alan Summers all of Cleveland, his grandchildren, Stephanie Summers Jones and her husband Brian of Tampa, Florida, Tiffany B. Rich and her husband Caleb Rich of Riverview, Florida, his sister, Paula Blanken Baker of Virginia Beach, Virginia, his brothers, Johnny Grasser of Aurora, West Virginia, Robert Summers of New Mexico and several nieces and nephews also survive. The Remembrance of Life Service will be conducted on Sunday, May 2, 2021 at 1:00 P. M. at the Broad Street United Methodist Church with Reverend Micah Nicolaus, Reverend Betsy Switzer and Reverend Mary Parson officiating. Graveside and Interment Service will be conducted on Monday, May 3, 2021 at 1:00 P. M. at the Chattanooga National Cemetery. Military Honors will be given. The family request in lieu of flowers, Memorials be made to Lifebridges by going to . The family will receive friends from 12:00 until 1:00 P. M. Sunday at the Broad Street United Methodist Church and from 11:00 until 12:00 Monday at the Jim Rush Funeral and Cremation Services North Ocoee Chapel who has charge of the arrangements. You may share your condolences and your memories with the Summers family by going to www.jimrushfuneralhomes.com. For family and friend who cannot attend the service, you may watch the service Live Stream by going to www.bsumc.org

Ralph Dwight Summers, age 88, a resident of Cleveland, passed away Thursday, April 22, 2021 in a health care facility in Chattanooga. Mr. Summers was born in Aurora, West Virginia and he was the son of the late Mabel Howell Summers and Ralph... View Obituary & Service Information

The family of Ralph Dwight Summers created this Life Tributes page to make it easy to share your memories.

Send flowers to the Summers family.