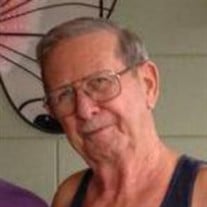 Richard Archie Howard, 86, passed away on Sunday, August 29, 2021 at home surrounded by loved ones. Arch was the son of Richard Oscar and Anna Laura (Carroll) and was born on August 19, 1935 in Claysville, Washington County, Pennsylvania. He... View Obituary & Service Information

The family of Richard Archie Howard created this Life Tributes page to make it easy to share your memories.