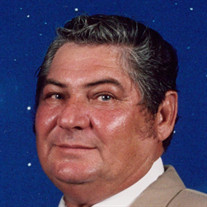 Ronald Lee “Ron” Green, 70, a lifelong resident of Cleveland, passed away suddenly at his residence on Thursday, August 12, 2021. He was the son of the late Calvin Green and Lillie Chastain Green. Ron was also preceded in death by the love of his life and wife of 47 years, Kay Owens Green, his sister, Shirley Crumley, his father-in-law and mother-in-law, George and Luwana Owens, brothers-in-law, Howard Lumley and Johnny Owens, and a sister-in-law, Cecilia Murray. Ron was a graduate of Bradley High School and had been the owner of Speedy Bonding of Cleveland for many years. He loved music and especially enjoyed playing the guitar. One of his most prized possessions was a guitar signed by Chet Atkins. He was an avid outdoorsman who loved fishing, all animals and nature, especially his cats Shy Guy and Puddin and his dog, Peanut. Ron was a loving and caring family man and friend and will be missed greatly. He is survived by: one daughter, Tonya Green (Shane Key) of Harrison, TN; one grandson, Riley Cheek (Julianne Clina) of Starkville, MS; one sister, Rosetta Lumley of Cleveland; brothers-in-law, Tony Crumley of Cleveland, Gilbert Owens of Chattanooga; one sister-in-law, Becky Calhoun of Benton. Several nieces, nephews and other extended family members also survive. A Remembrance of Life Service will be conducted on Monday evening, August 16, 2021 at 7:00 PM at the North Ocoee Chapel of Jim Rush Funeral Homes and Cremation Services with Reverend Floyd Boggess officiating. The family will receive friends on Monday prior to the service from 5:00 PM until 7:00 PM. Graveside services and interment will be conducted at 11:00 am on Tuesday at Fairview Baptist Church Cemetery in Greasy Creek with Tony Crumley, Ron Staton, Dustin Jones, Heath Owens, Whitney Owens and Casey Hybarger serving as pallbearers. His lifelong friend, Hoyt Stokes will be an honorary pallbearer. You are invited to share your memories and condolences with the Green family by visiting www.jimrushfuneralhomes.com.

Ronald Lee &#8220;Ron&#8221; Green, 70, a lifelong resident of Cleveland, passed away suddenly at his residence on Thursday, August 12, 2021. He was the son of the late Calvin Green and Lillie Chastain Green. Ron was also preceded in death... View Obituary & Service Information

The family of Ronald "Ron" Lee Green created this Life Tributes page to make it easy to share your memories.

Send flowers to the Green family.