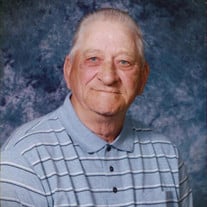 S. T. Eugene Howard, 79, a resident of Cleveland, passed away Saturday, October 23, 2021 in a Chattanooga health care facility. Mr. Howard was born in Cleveland and he was the son of the late Callie McBryant Howard and S. T. Howard. His sisters,... View Obituary & Service Information

The family of S. T. Eugene Howard created this Life Tributes page to make it easy to share your memories.