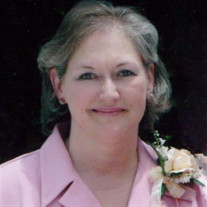 Sharon Burgess, age 58, a resident of Cleveland, passed away Thursday, December 19, 2019 in a Chattanooga hospital. Sharon was born in Dade City, Florida and she was preceded in death by her father, Dewey Champion, her maternal grandparents, H. L and Mary Lou Fowler, her paternal grandparents, Dalphus and Annie Rae Champion and her brother in law, Frank Burgess Jr. III. Sharon was a 1979 graduate of Pasco High School in Dade City, Florida. Her early career in Florida was in Banking. In 1991 she moved to Cleveland to attend College. She became a Licensed Physical Therapist Assistant, a career she enjoyed very much. Sharon worked many years for Bradley Memorial Hospital Home Health and Hospice and later with Family Home Care until 2016 when she became ill. She loved her job and her patients. She was a very hard worker and her patients loved her. Sharon was involved in the Cleveland Emmaus Community, working in various roles singing in the choir and serving meals. Most recently she served on a Kairos weekend at the Women's Prison. She worked behind the scenes with a servants heart. In her life and her death she wanted to point others to Jesus Christ and his saving grace. Sharon loved music all her life and always had a song. Sharon enjoyed dogs especially her "Molly". She also loved going to the beach. She was a long time member of the Westmore Church of God where she was very involved with the Sanctuary Choir. She loved singing solos and with the praise team as well. Survivors include her husband Michael Burgess of Cleveland, her grandchildren, Khandra, Areonna and Haiden, her great grandchild, Aurora Sky, her mother, Annie Louise Champion Pruitt of Dade City, Florida, her sister, Nancy LaBine and her husband David of Cleveland, her brother, Clyfton Champion and his wife Amy of Dade City, Florida, her niece, Iris Sutton and her husband Cavender of Durham, North Carolina, her mother in law, Lorene Burgess of Michigan City, Indiana, her sisters in law, Lynn Partenberry and her husband Jerry, Connie Burgess, her brothers in law, Jeff Burgess all of Michigan City, Kent Burgess of Ohio and several other nieces and nephews also survive. The Remembrance of Life Service will be conducted Sunday, December 22, 2019 at 3:00 P. M. at the Westmore Church of God with Pastor Kelvin Page and Pastor Phil Looney officiating. Interment will follow in the Tasso United Methodist Church Cemetery with family and friends serving as casket bearers. The family request that in lieu of flowers memorials may be made to Kairos of Tennessee-BCCX W, P. O. Box 1161 Lenoir City, Tennessee 37771. The family will receive friends from 1:00 until 3:00 P. M. Sunday at the Westmore Church of God. The Jim Rush Funeral and Cremation Services North Ocoee Chapel has charge of the arrangements. You may share your condolences and your memories with Sharon's family at www.jimrushfuneralhomes.com.

Sharon Burgess, age 58, a resident of Cleveland, passed away Thursday, December 19, 2019 in a Chattanooga hospital. Sharon was born in Dade City, Florida and she was preceded in death by her father, Dewey Champion, her maternal grandparents,... View Obituary & Service Information

The family of Sharon Burgess created this Life Tributes page to make it easy to share your memories.

Sharon Burgess, age 58, a resident of Cleveland, passed away...

Send flowers to the Burgess family.