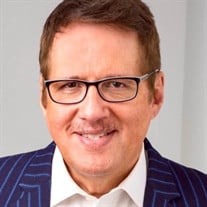 Tony P. Lane, 66, left this life to enter heaven on Saturday, November 20, 2021, at Tennova Hospital. Following an eight month battle with pulmonary issues, he finally received the healing miracle that he and scores of people had prayed and... View Obituary & Service Information

The family of Tony P. Lane created this Life Tributes page to make it easy to share your memories.

Send flowers to the Lane family.